Put together in 2008 when my dream was to move to New York City sometime in 2011.
The CD compilation included an admission ticket for my 60th birthday party, which was to be held in the NYC apartment I would have by that time.
Circumstances moved up my decision – I moved to NYC in July 2010.
As it turns out I share a house in Brooklyn with roommates, and intend to have that party, as planned, in December 2011. 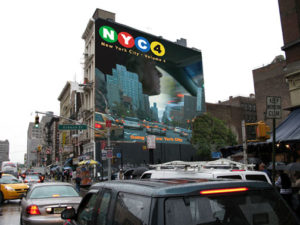